The promise of infinite development

It took us 5 years to finish this project and now I understand why so many have tried before and all the attempts have failed. It was the most difficult research and development project we ever did. Luckily at the beginning I did not know how difficult it would be. 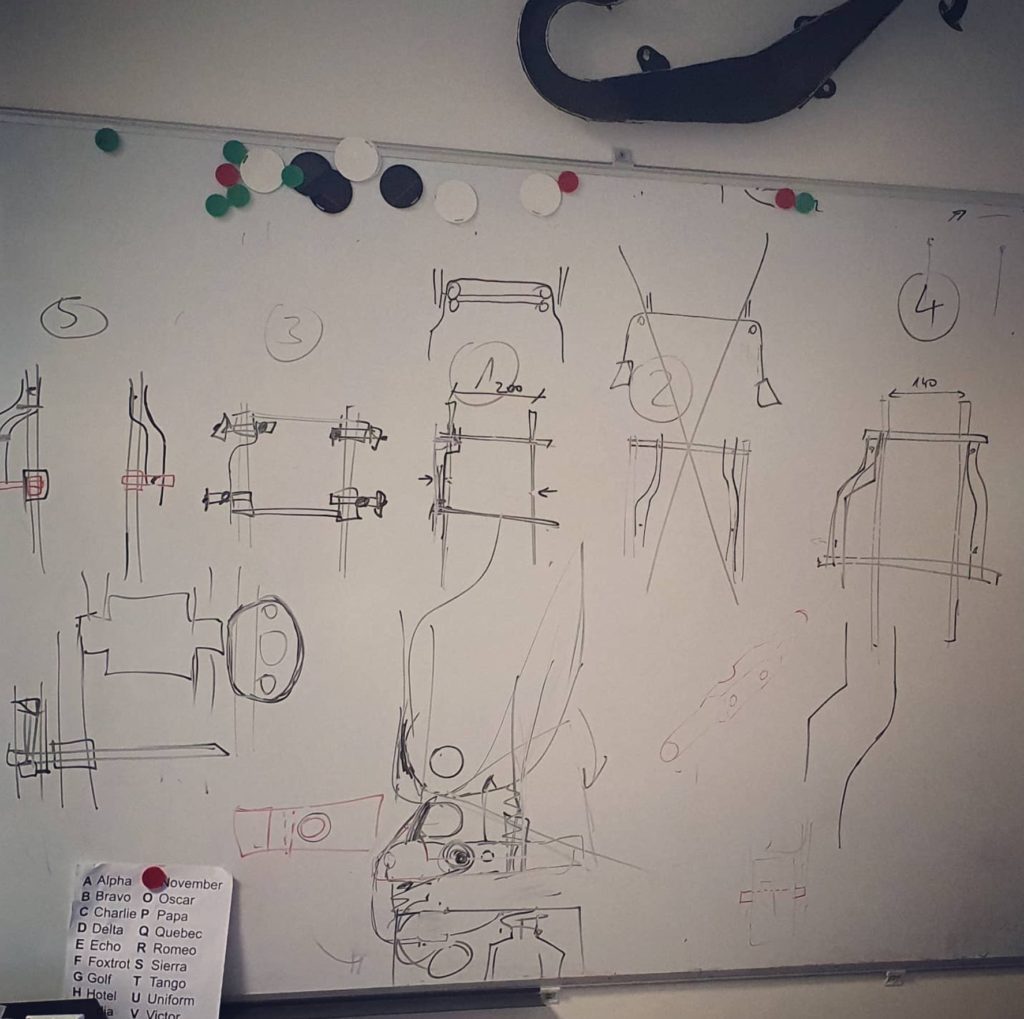 I am so grateful to the whole team that contributed to the development of the SCOUT Zero pod harness with climb assist.

Stefan B. was the pilot to come with the idea. He was so annoyingly persistent constantly asking the same question: “Miro, when will it be ready?” that he was also one of the reasons we did not give up after so many failed attempts.

I enjoyed our brainstorming sessions with Stefan P in our office at the whiteboard. He usually finished the discussion with: “Miro, leave the detail to me. I do not know how yet, but I will figure it out.” I think he lied in the first part but was always right on the second.

Andrej gave me confidence at the field on countless test flights of the prototypes. I felt a little safer flying a thing that noone has ever flown before when he was around.

The boys in the workshop (Róbert, Áron, Peter K., Norbert, Tomas, Peter N.) quote often had no idea what they are working on. I am grateful that they trusted me despite the suspicious looks of all the prototypes with improvised clamps, bolts, welds, and kilometers of duct-tape.

Attila, Tomi, Tóno in the welding shop and Peter B. and Adrian B. in the CNC machining shop had usually no idea what “this thing” is and how it would work. I kept bringing weird structures to be machined or welded again and again. I always requested immediate attention arguing that “this is the next revolution in paragliding, you must understand how important this is”.

Ján is the top expert on composites in the country and he designed the carbon parts, designed and actually even manufactured the moulds. We have changed the design later and hours of work and thousands of euros ended on the shelf. But that is also part of the development process, and we learned a lot and came with new ideas to be used on next projects.

After discovering the magic of using artificial intelligence in designating components I fell in love with this technology. Many parts on the Zero were designed by computes and I was left in awe admiring the beauty of the design that looked like all the shapes we see in the nature sculpted by millions of years of natural selection. Well, the computers did that in hours.

Jozef P. is the Mr Yes in 3D printed technology. Additive manufacturing was the best and quite often the only way to produce designs made by AI and Jozef made it possible.

We started to design the harness with Zdeněk, who is one of the most experienced people in manufacturing anything for paragliding. With his team (Lenka, Helena, Svetlana) they manufactured quite a few harness prototypes in the early-stage development.

What an amazing tandem we are with Adrian J. when fine-tuning the design for the harness. He jumped into the project in the middle of it and yet he was immediately able to continue. He never questioned our previous work, as a great listener only he was only asking the right questions (very few). The best way is to leave him alone to think a few minutes and his solutions are usually good on the second try already.

Adrian is also surrounded by a great tea naming Mihaela, Gigi and Elena at least.

The SCOUT Zero is presented to you by photos and videos made by Veromika, Matej, Bastian and Kristián.

I am grateful to Dušan for his priceless advice about carbon composites, every time cabron was considered as an option for the Zero. Dusan with Milos, Tibi, Tomi and Laci are getting involved into this project as for the folding propeller to reduce drag.

I am guilty of visiting our guys in the carbon workshop (Vladimír, Jozef, Adam, Marek, Riki, Rasto) so rarely, despite composite work is the most labor-intensive part of manufacturing carbon paramotors. Their ability to work independently, reliably and with consistent quality without my supervision allowed me to focus on the research and development. They do not even know how much they contributed.

Our charming ladies in the office Erika and Zuzana (Z being my wife) freed me from all the operations. They take care of all the orders, invoicing, material sourcing and suppliers, coordinating the boys in the workshop… and they let me fully focus on research and development.

Special thanks to our test pilots Felix, Jan-Hendrik, Ivo, Borut, Toni, Manfred, Michael, Peter and Steen. They were incredibly patient when things failed. And things failed quite a few times because this is how product development is.

We were a great team, and our work is not done yet. 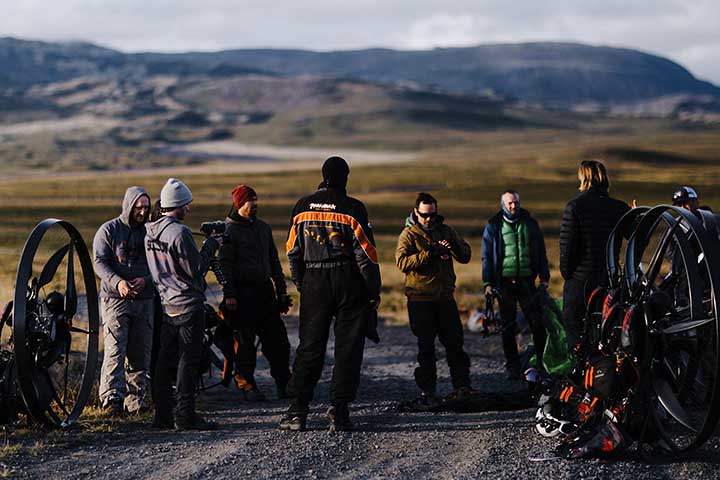 Our promise of infinite development

The SCOUT Zero is not perfect. And it will never be.

There are things we do not like already, and we keep working on making the product better in the future. Infinitely.

This is a lightweight simple cover to pack the complete SCOUT Zero disassembled. it utilizes the shoulder straps and waist strap you already have on your Zero harness.

With straps to attach your glider and some additional pockets for small items.

One issue we have when flying the SCOUT Zero is the windmilling of the propeller. The engine has a clutch so the prop is not spinning while you are getting ready for your take off with the engine running on idle. But that also means that the prop can spin freely when you fly with the engine off. Especially with fast gliders accelerated the prop can spin relatively fast. It causes drag and it might be even annoying.

This would make the prop stop when you go off throttle or you kill the engine for thermalling.

Once and if this system is finished it will be mounted as standard for all new SCOUT Zeros and it will be available as an upgrade for prior customers.

NOTE: please do not take it for granted. There is always lot of uncertainty in research and development. We will try hard.

The ultimate solution for the propeller windmilling problem is a folding propeller.

Springs would push the propeller blades backwards into parallel position to the prop axis. When you add power, the centrifugal force will override the springs and open the prop blades to the sides. When you go off power the prop will fold backwards again.

This would minimize the drag and improve glide ratio.

Folding propellers are no new invention, they have been around for a while. But we need to design one special for this particular engine, requires lot of testing and of course load tests too. We are currently working on a different propeller research and development project – the Variomatic propeller, which is the first in-flight adjustable propeller for paramotors in the world. When we finish this project, the folding prop will be next.

Do you want to contribute?

Help us to improve the SCOUT Zero.

As a happy SCOUT Zero customer you surely have some ideas how to make the product better. Share with us, contribute to the paragliding community. And once we implement your suggestions you will get a free upgrade of your SCOUT Zero.